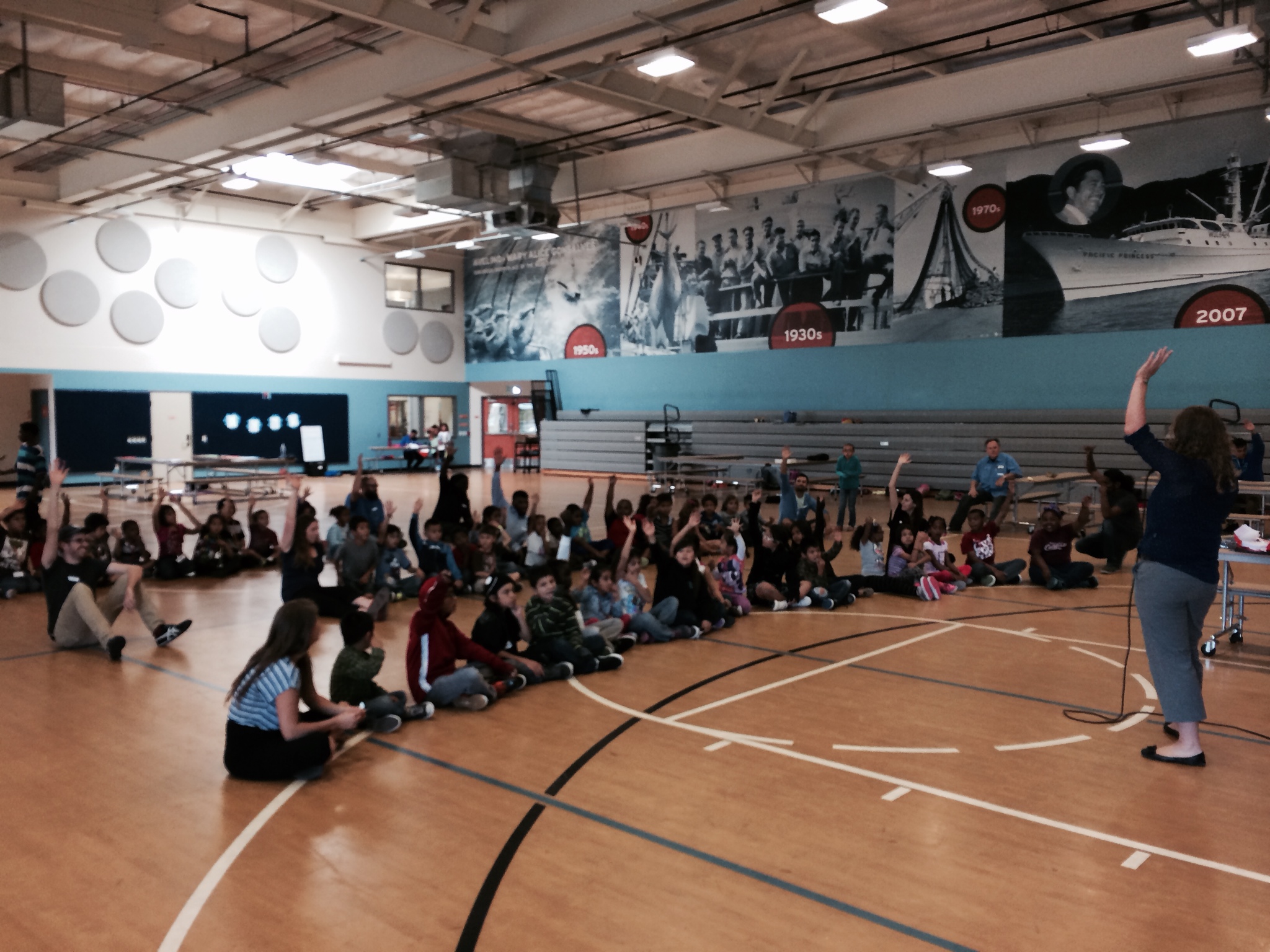 At the table in front of me, thirteen first-graders are sitting shoulder-to-shoulder along the benches we’ve pushed together against a wall in the cafeteria—though, to be fair, first-graders do not sit so much as they squirm, and the thirteen small humans in front of me are a-wriggle with anticipation. We have blank paper. We have markers. We have glue sticks and scissors and a big pile of cut out words and pictures. What we have is the makings of a giant, and not entirely un-sticky, mess. And this is exactly what we need to write poetry today.

As they cut and paste, carefully selecting phrases and images, their collage poems begin to take shape on the paper in front of them. A line from a storybook is matched with half of a newspaper headline, a picture of a cat is traded to the highest bidder at the table for a mountain landscape. A collage poem, like any poem, is an act of creating something new and meaningful out of the words and images available to us. And when this group of seven-year-olds is done with them, the words won’t know what hit them. After fifteen minutes, the blank pages have transformed into unique and brilliant—and yes, a bit sticky—poems. And this is when we hear the call…

“POETS!” The word reaches into the loosely contained chaos of poetry-making, signaling for the students’ attention. As a group, the young poets in the room shout back the response: “YES!”

The young poets in the room, forty-five of them ranging from kindergarten to third grade, have more to do today than make collage poems. Today we have brought a Poetry Fair to the Monarch School, and the cafeteria is filled to bursting with words and rhythms and the hard, hard work of Spelling Things Correctly. In one corner of the room, aliens and monsters and Hello Kitty are working their way into original comic strips, while over by the  bleachers a group of kindergartners wonders what the moon smells like. Four stations have been set up around the room, and the students know it is time to rotate, again, when the call comes.

As the kids move through the stations, their folders fill with their creative work. Poems inspired by their five senses, by their pets, by rap music, and by Seuss-like verbal gymnastics of alliteration. As they move around the room, they are filling blank pages with poetry—and, it would appear, they are having a lot of fun doing it.

When the day is nearly over, the call comes once more. The students have visited each of the four stations, and it is time for the poets to stand up and share their work, out loud, in front of everyone. At the table in front of me there is one boy still hard at work, even though we have begun to collect the leftover crumpled bits and scraps around him. Even as the other students take their seats in front of the “stage,” he is still at the table, softly repeating his poem over and over, feeling out the rhythm of the words with his hands, looking for that one perfect last line.