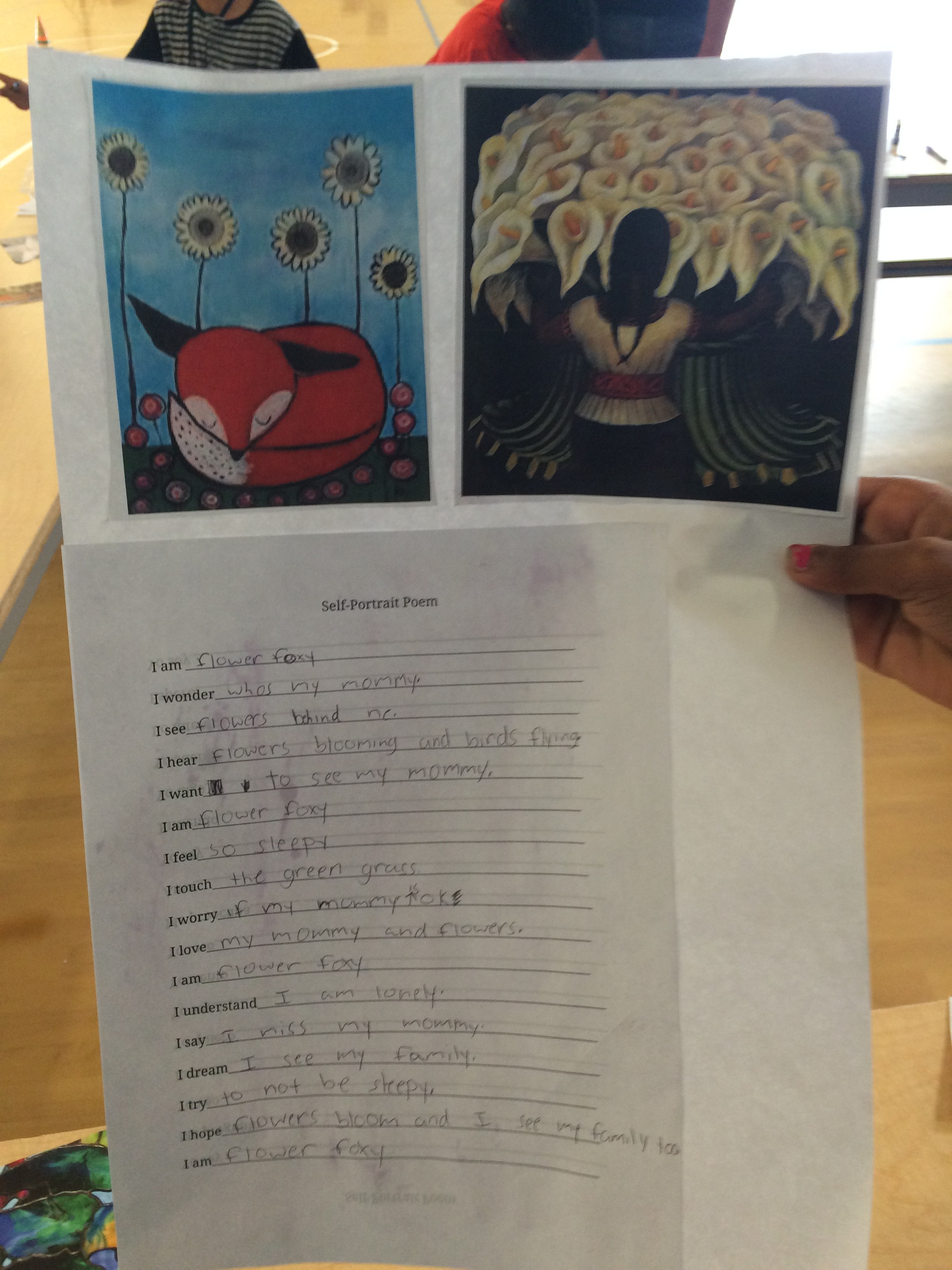 As usual, the kids were an energetic bunch, so they loved the warm-up activity: a poetry relay race! Before starting the race, the students discussed the meaning of “nouns,” “verbs,” and “adjectives,” divided into two teams, and lined up at one end of the gym. The first student’s task was to run to the middle of the gym, where a facilitator was waiting; the facilitator would challenge the student to brainstorm a noun, verb, or adjective. The student would spout off their word, the facilitator would write the word down on an index card and hand the card to the student. The student would race back to their team; the second student would run to the middle of the gym, and so on and so forth. Once each student completed their turn, the team arranged themselves into one silly poem, adding conjunctions when necessary:

“Swim! The pretty construction worker jumped over the glittery dog in the box.”

After the relay race, the students gathered for their first activity: writing a pantoum. A pantoum is a poetic form with similarities to the villanelle; it is composed of quatrains with repeating lines — the second and fourth lines of each stanza are the first and third lines of the next. When reading the sample pantoum, the students noticed the repetitious form right away! Using a worksheet, the students wrote their own pantoums about their favorite activity, like the one pictured below. 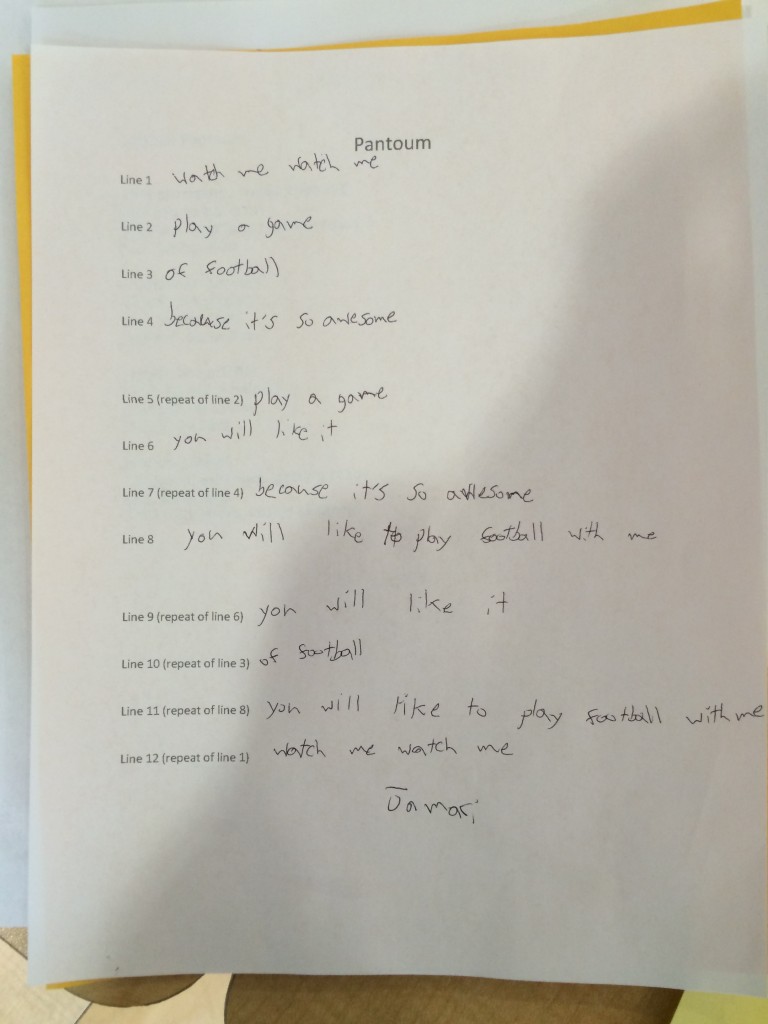 For the second full-length activity, the students wrote portrait poems based on a prompt that gave them the first two words of every line: “I am;” “I understand,” “I dream,” etc. They composed the rest of the poem using their creative and astute imaginations! When they finished writing the poem, they chose one or two cut-out pictures that they felt best represented them. They glued both the poem and the picture onto a large sheet of paper, creating a piece of artwork that combined language with images. 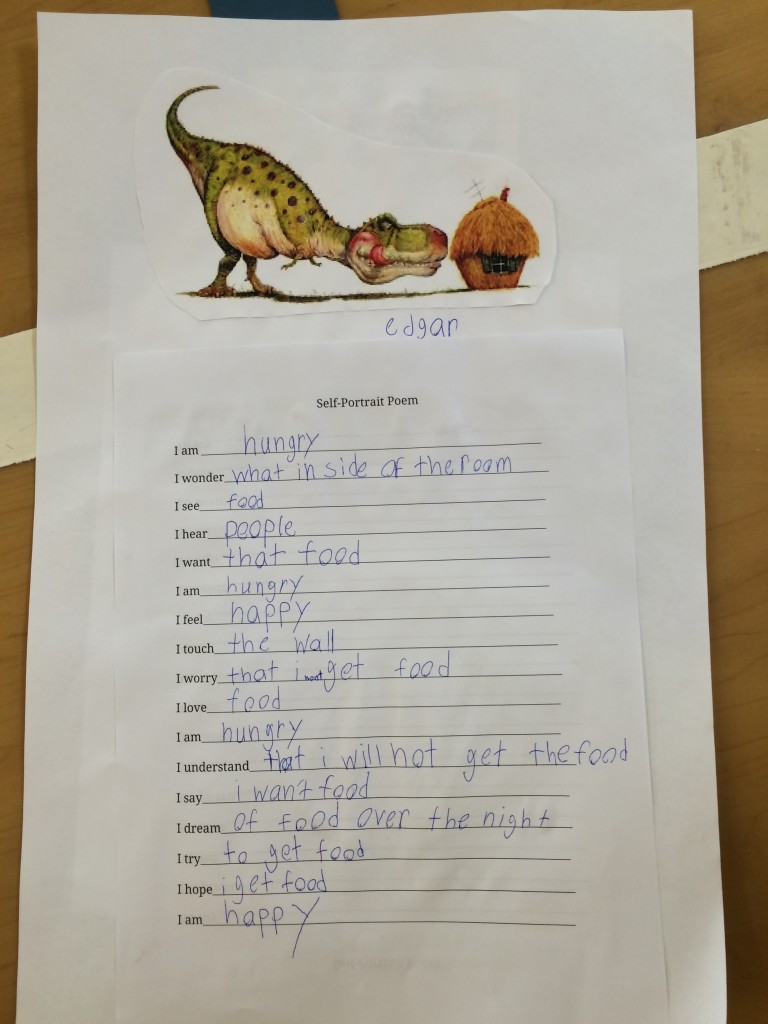 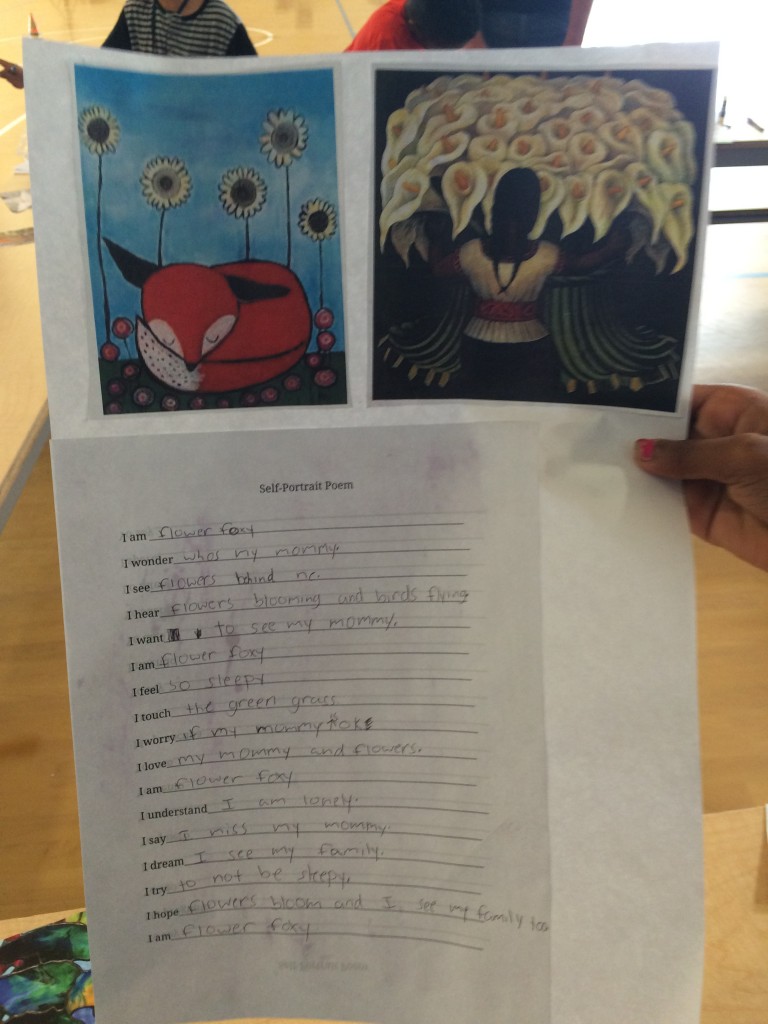 Finally, the students circled together to read their work aloud, which gave them a chance to share their stellar poetry with their peers and facilitators.